The plan had been simple. A long, 4 day weekend filled with skiing and possibly a trip to Aspen. Then COVID-19 happened and the governor, in his infitine wisdom, closed all ski areas state wide. I didn't have my back-country gear with me, having been planning on ripping groomers all weekend, so anything ski/snow related was out. Trying to make the best of the situation, a change of plans was made. 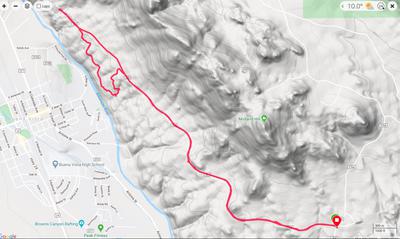 I started out the weekend with an 11km run/power-hike. The weather was beautiful, as was the scenery. It doesn't get much better than a run in the snow covered mountains on a day that feels like early spring. The temperature was in the 50s with a light wind. I even got to do a little bit of running trails! I haven't done that since injuring my knee over 6 weeks ago and it was amazing. 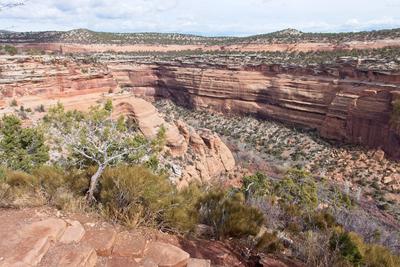 After a run, my father and I drove to Grand Junction, took a hotel, and headed into Colorado National Monument the following morning. The weather was alternating between sunny and light overcast. We initially had thought about taking the Liberty Cap trail but made a last minute decision to go for the Ute Canyon trail. In retrospect this was a very good decision. The Liberty Cap trail follows the rim of the canyon to a sandstone dome while the Ute Canyon trail goes down into the canyon and wanders along the floor.

The canyon itself is absolutely beautiful. The trail descends down a break in the canyon wall, about 400 vertical feet. The trail has a decent number of rock "steps" built into it so there isn't much danger of falling. On reaching the bottom you are immediately plunged into heavy vegitation consisting of tall grass, cottonwood trees, and willows. After several miles the canyon opens up some and the vegitation changes to small grass clumps, sagebrush, and piñon pines.

After hiking about 3.5 miles, we stopped and ate lunch. While the trail did continue on, it was very shortly going to start dropping another 400-500 ft, to the same altitude as Grand Junction. As this is no longer in a canyon and is just a scramble down a rocky slope, we decided to turn around at this point and retrace our steps. 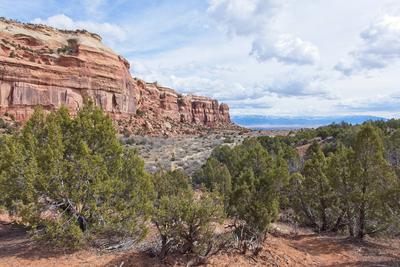 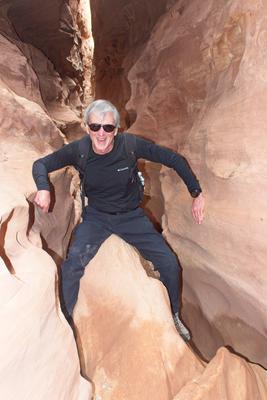 After finishing our hike in Colorado National Monument, we drove on to the town of Green River in Utah. After spending the night in a very empty hotel there (apparently no one but us was traveling, out of fear of the virus) we made our way to the San Rafael Swell. Here we decided to hike Little Wild Horse Canyon and Bells Canyon. This 8-9 mile loop follows two slot canyons. There is a bit of scrambling over obstacles, but nothing that actually requires rock climbing experience. One thing to note, however. If you are a dog person, only bring your dog if you are comfortable lifting him up over some of the rocks. We did run into quite a few people who had to turn around due to their dogs not being able to get over dryfalls. 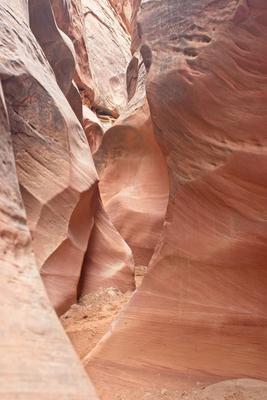 Little Wild Horse Canyon is by far the narrower of the two canyons. There are some places where the canyon is barely wide enough to walk without turning your shoulders sideways. It would not be a good place for someone with claustrophobia! Bells Canyon is much wider and with walls that are not as tall.

After returning to the car, I did get out my drone and do a bit of flying. I have a few videos from it that I will be processing over the next several days, so I anticipate having something to post in the near future. I did manage to get one or two good photos, although the camera in the drone leaves a little to be desired, especially when compared to my DSLR!

The drive home was uneventful, although we did get the news that Summit County was kicking everyong who was not a resident out of the county on very short notice, supposedly to reduce viral spread. If you listened to the news, it would have seemed that the world was coming to an end. However, on a return to civilization, it was apparent that most people were still both living and healthy. Grocery stores were a bit low on some essentials (pasta, potatoes, ground beef, and, obviously, toilet paper) but at least in the more sane parts of the state, there were no food-store riots! 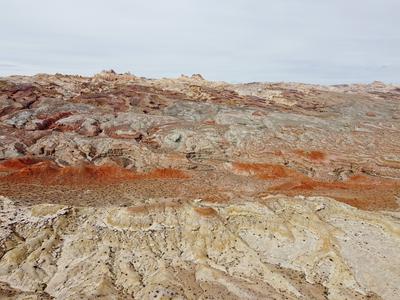 A gallery of images from this trip can be found here